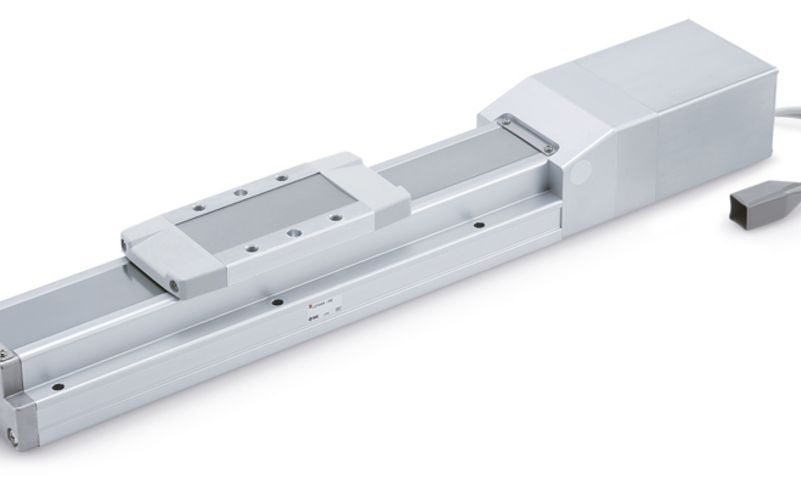 From pick-and-place applications to conveyor systems for loading and unloading to vertical travel: If workpieces are to be moved, electric drives are used throughout the industry. In order to achieve particularly short cycle times in such processes, the drives must have both high acceleration and a high maximum speed - without compromising on process reliability. With the LEFS#F series, SMC provides a particularly fast, reliable and viable solution that is also highly precise and enables rapid assembly.

Whether in the automotive, food or electrical industries, in mechanical engineering or in general automation: high productivity and process reliability in the movement of workpieces are decisive factors for economic success. Among other things, electric drives are often used for this purpose, which SMC also offers in many versions. With the LEFS#F series, the specialist for pneumatic and electric automation has now given its LEFS series in slide design, which is already established on the market, a significant performance upgrade. In addition to acceleration, the speeds and the horizontal and vertical payload have been increased, while process reliability and precision have been improved thanks to the ball screw drive.

With an acceleration of up to 9800 mm/s2 , the new LEFS#F series outperforms the existing series by more than 300 % and achieves a maximum speed of 1500 mm/s, which is 25 % higher. This reduces the cycle time by around 33 % to 0.62 s, which results in significant gains in productivity. In addition to the reduced cycle time, the new electric spindle drive also extends the range of applications so that heavy parts can also be moved. The SMC engineers have improved both the horizontal and the vertical payload: In the first case, the payload is now up to 75 kg, in the second case it is up to 25 kg.

Users who use the LEFS series can easily replace it with the new LEFS#F series, as it is compatible with the proven and market-established technology of its predecessors, as well as with the D-M9 series signal transmitters and the JXC5H/6H stepper motor controllers. With enclosure sizes of 16, 25, 32 and 40 and a stroke of 50 to 1200 mm, designers have a wide range of applications at their disposal. And thanks to the simple programming and assembly, which can be done without removing the outer cover, a machine update is possible in a short time.

With the new LEFS#F series, users benefit from higher precision on the one hand and improved process reliability on the other. The ball screw drive ensures particularly repeatable positioning movements and uniform transport of workpieces even at high speeds. In parallel, uncontrolled lowering of the load is prevented due to the absence of a belt - thus Z-axis applications can be carried out safely. In combination with the signal transmitters of the D-M9 series, end positions and intermediate positions are also reliably detected. Optionally, the drive can also be equipped with a motor brake.

Performance turbo for all industries

The extensive improvements in acceleration, maximum speed and payload for both horizontal and vertical applications, combined with high accuracy and safety, make the new LEFS#F series a true high performer for a wide range of applications: Pick-and-place, high-speed transport, automatic assembly/inspection/transport, conveyor systems for loading/unloading, precise positioning of workpieces as well as vertical processes. And because the slide-style electric actuator can be used in ambient temperatures from 0 to 40 °C, it boosts performance across industries - from automotive to electronics/semiconductors, food/beverage, material handling, packaging and general automation. 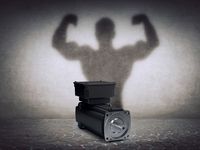 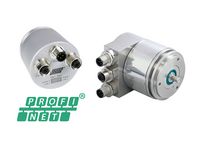 Posital has significantly optimised the Profinet communication interface for its Ixarc absolute encoders. The speed has been increased and the cycle time reduced by a factor of eight (new: 125 μs). Functions such as acceleration monitoring and temperature warning have been added. The output can be configured even more flexibly. 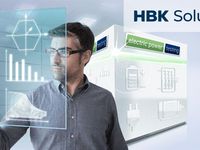 Electric Power Testing at its best - that is the motto at Hottinger Brüel & Kjær - HBK for short - on 28 October and 19 November 2021. 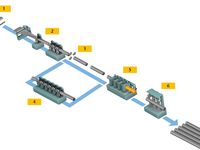 Accuracy, versatility and reliability make the LSV Laser Surface Velocimeter the perfect sensor solution for demanding measurement tasks in the pipe industry, where precise speed and length data in real time are crucial. 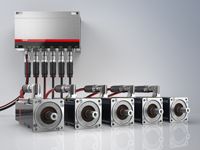 The AMP8000 distributed servo drive system from Beckhoff opens up new options for modular machine concepts. With the servo drive integrated directly into the servomotor, the power electronics are relocated from the control cabinet to the machine. This leads to considerable savings in terms of space requirements, installation effort, material costs and footprint. 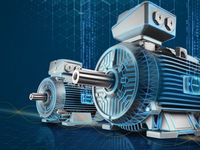 Electric motors play a decisive role in reducing global energy and resource consumption. Read about the opportunities offered by intelligent drive solutions in the white paper. 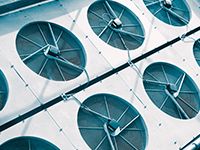 Often, too much electrical energy or too powerful a drive is used to perform certain mechanics. In the long term, this is reflected in costs and wear. Intelligent motor management from Schneider Electric can exploit great savings potential. 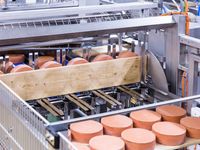 SwissDrives AG has developed a large-scale drive solution for a complex cheese care plant in Austria. 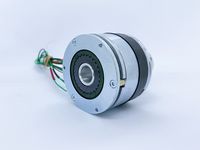 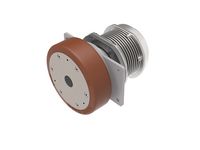 Framo Morat has developed a highly integrated wheel hub drive that combines all functional elements, such as wheel, planetary gear, motor, brake and electronics, into one all-inclusive solution. 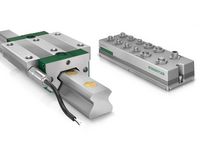 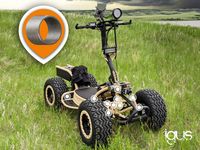 A service tool with added value

When flexibility is required

Update for servomotor with hygienic design

From full rotation into linear motion

No need for time-consuming manual maintenance and lubrication

Cleanliness is taken care of

New standards in the programme

Natural driving feel at the centre

Simple and fast to a linear robot