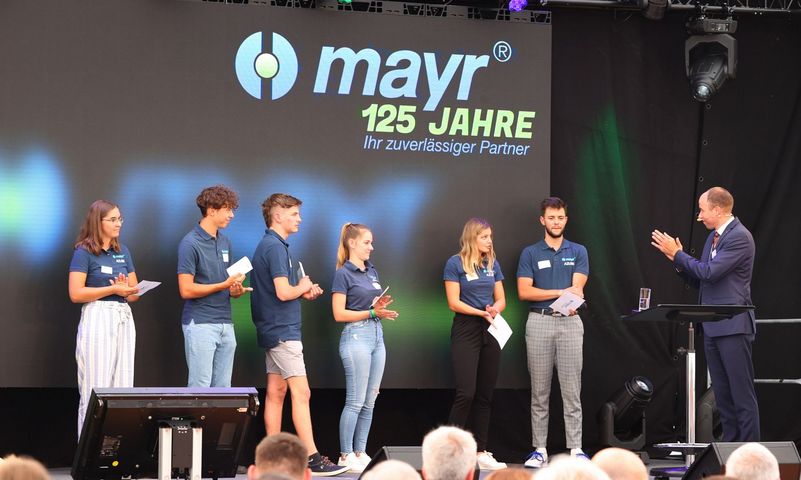 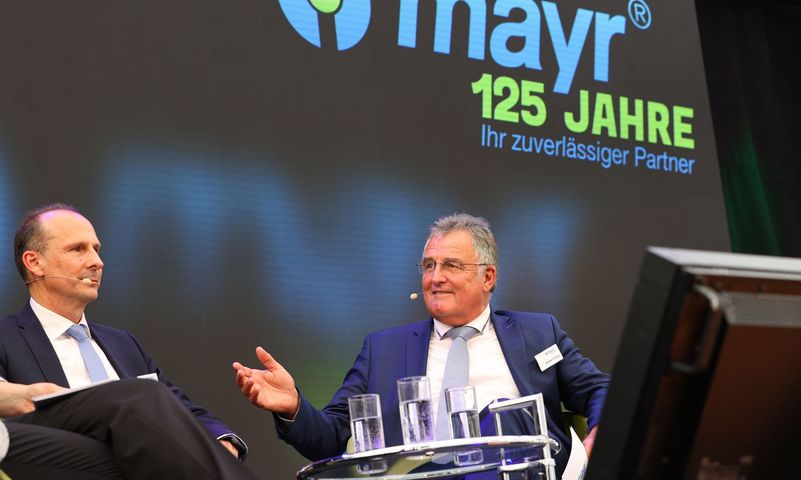 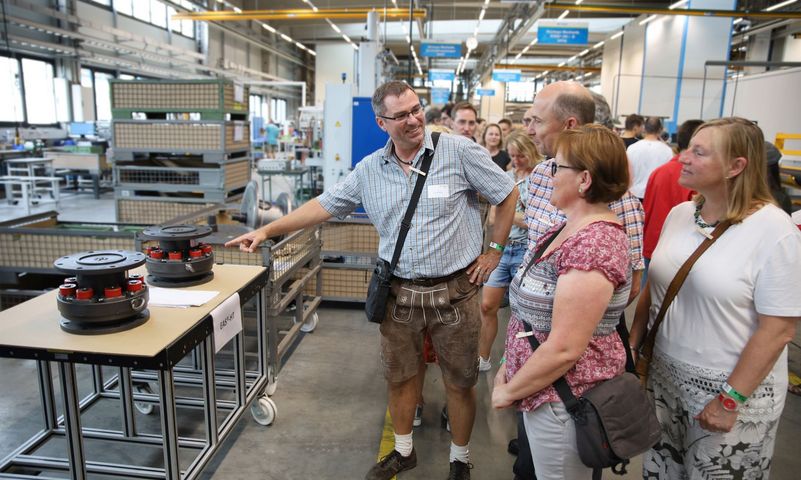 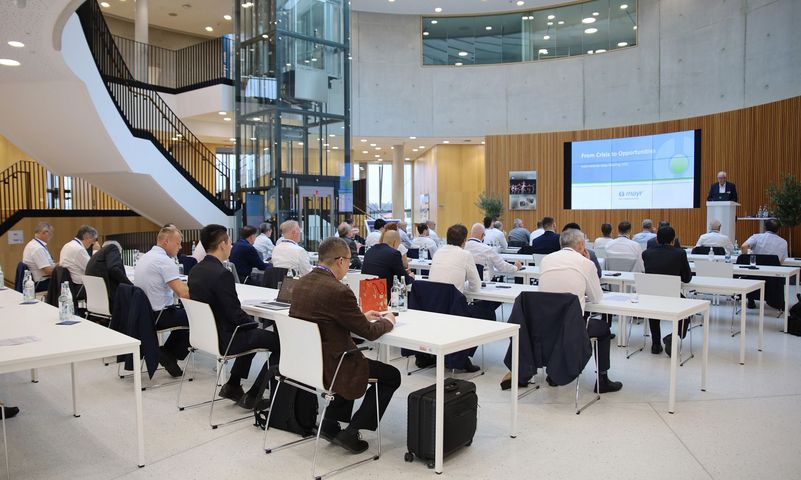 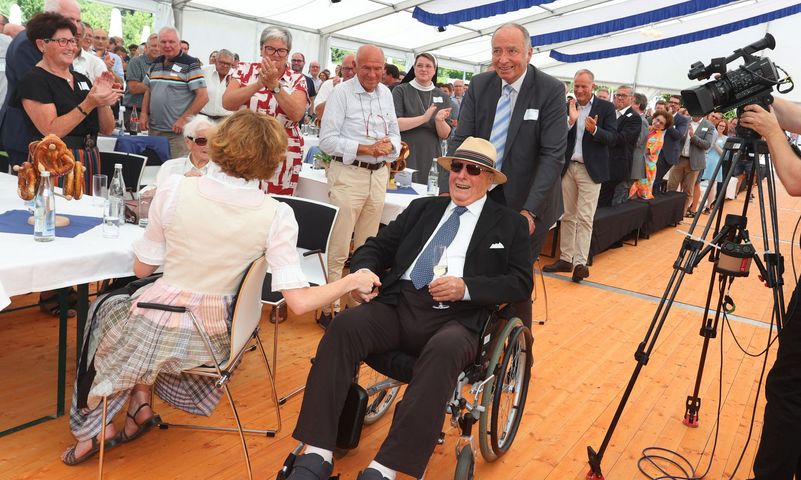 Eventful weeks lie behind the renowned family-owned company Mayr Antriebstechnik: Because the company celebrated its 125th anniversary in July with a large ceremony and subsequent family celebration. In addition to all employees from the Mauerstetten site and their families, guests from politics, business and society were also invited, as well as representatives from all Mayr subsidiaries and agencies worldwide. These came together in advance for the international sales meeting, where they were able to exchange information on new strategies, products and applications.

"Rooted in the Allgäu region and at home all over the world" is how Ferdinand Mayr, CEO and managing partner, likes to describe the family-owned company Mayr Antriebstechnik. Just how firmly anchored the company is as one of the most important employers in the region became clear at the big ceremony marking the 125th anniversary of the company. After a lively dance performance by the kindergarten children from St. Vitus in the immediate vicinity of the company, Managing Director Günther Klinger welcomed the numerous guests from politics, business and society in the marquee. In addition to all Mayr subsidiaries and representatives abroad, his special greetings went above all to the workforce, which represents the foundation of the company. He was also particularly pleased about the former Mayr employees present, "who have done pioneering work".

Günther Klingler spoke of a proud anniversary because a small mill joinery had developed into a crisis-proof, stable and internationally successful company. Today, the company is a grown Mayr family and the "We-Mayr" is tangible every day, as Klingler emphasized. This was followed by a digital tour around the globe, during which all eight Mayr subsidiaries in Europe, Asia and the USA presented themselves and offered their birthday wishes.

Mayr Antriebstechnik is a company whose business philosophy and products stand for safety and reliability in equal measure. After all, the safety brakes and clutches from Mauerstetten are components that reliably ensure the protection and safety of people and materials in machines and systems. In other words, components that interrupt movements precisely and at lightning speed in an emergency, slow them down to a standstill, or hold certain positions with millimeter precision.

Guest speaker Karl Haeusgen, President of the VDMA, was also impressed by the long history of the family-owned company. At the same time, he emphasized: "Anyone who walks through the door at Mayr today sees a company that lives in the here and now. Modern architecture, top technological production, innovative products and solutions, edge of technology." The supposed contradiction between living tradition and living progressiveness is being resolved, Haeusgen continued.

In the anniversary year: change of era at the top of the company

Mayr Antriebstechnik is now managed by the fifth generation. Already since the end of 2018, Ferdinand Mayr has been managing the company together with his grandfather Fritz Mayr and Günther Klingler. The latter joined the family business back in 1980, was appointed to the management in 1991 and has been managing director of Mayr Antriebstechnik since 2006. Before Günther Klingler enters his well-deserved retirement next year after more than 40 years with the company, he has already handed over the position of CEO to Ferdinand Mayr this year. Günther Klingler will continue to be part of the management team until his retirement and will actively support and advise the change process.

Karl Haeusgen described Klingler as a great stroke of luck, who helped shape and lead the company with a combination of loyalty and a sense of tradition on the one hand, and professionalism and self-confidence on the other. "Grandfather, manager, grandson. Three people who trusted each other confidently and thus prepared everything well for the future of Mayr as a professional, traditional and at the same time modern family business." The fact that stability and continuity are important is also shown by the fact that, since 01.05.2022, Christian Illig, the long-standing Head of Finance and Human Resources, has completed the management team in the position of CFO.

An insight into the family behind the large company was provided by Korbinian Mayr-Kennerknecht, freelance author, writer and brother of Ferdinand Mayr, who presented the company chronicle "Hidden Champion - From millwright's shop to world market leader", which he had written. He referred to the "mindset" of the company founder Christian Mayr, his great-great-grandfather, as well as his grandfather Fritz Mayr: asking the right questions, allowing things to happen, sometimes saying "no" and leaving room for creativity.

He was also supported in his research for the book by former Mayr employees such as Monika Haug, a retiree with 48 years of service, who gave an insight into how she started her career in the 1950s: "If I made a mistake, I had to work on Saturday mornings," she recounted with a smile. "But I have to say, it was always nice working here." CFO Christian Illig emphasized, "The employees are our most valuable asset and probably the most important success factor in the company. We give freedom to develop with the company."

Korbinian Mayr-Kennerknecht made it clear that his grandfather Fritz Mayr had ultimately initiated the change from a craftsman's business to an industrial operation and thus helped the company to achieve its current status: an internationally active company with a total of over 1,350 employees and world market leader in its product area. The moment when senior boss Fritz Mayr (96) appeared unexpectedly and unannounced in the marquee, despite the hustle and bustle and the heat, and was received enthusiastically and with a standing ovation by the staff and guests, was therefore also emotional. A great, sincere tribute to the man who laid the foundation for today's success.

Reliable partner - also in the future

Ferdinand Mayr used his speech to pause and look to the future. The future is a field of potential, he said. A plan helps to move in the same direction, but one thing is certain, especially in view of unforeseen events such as Corona or the war in Ukraine: "Nothing can be planned in advance. And he emphasized, "I would like to promote doing our actions 'self-confidently' in today, so as not to have a future tomorrow that no one wanted. We people, in our actions today, are the future of the Mayr company." Eight apprentices, representing the future of the company, so to speak, then recited their wishes on the big stage. At the end of the event, the works council presented a picture of the company, composed of the heads of all employees, as a gift. The ceremony was musically accompanied by the Mayr music band under the direction of Richard Neuhauser.

Series of events to mark the company's anniversary a resounding success
The two days before the official ceremony, the international sales meeting took place in the mayr.com communication center. Around 50 guests from Mayr subsidiaries and representatives worldwide traveled to Mauerstetten for this event. At the meeting, they were able to exchange information about new strategies, products and applications, as well as maintain long-standing relationships - especially after the Corona break - or establish new contacts. The anniversary celebrations finally came to a close with the large employee and family party on the following weekend. 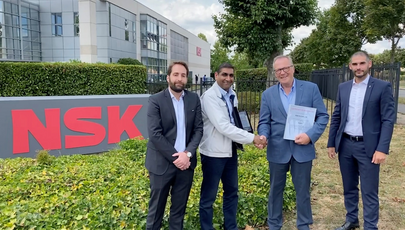 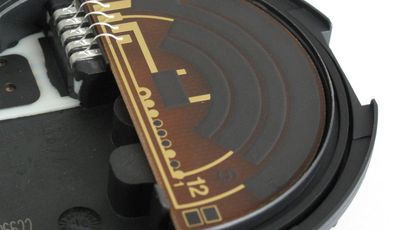 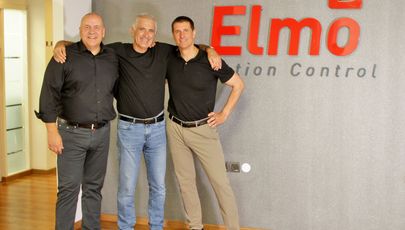 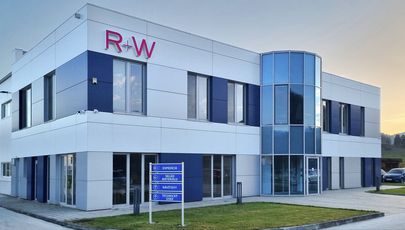 The component manufacturing site in Nizna, Slovakia was renamed at the end of 2021 and affiliated even more closely with R+W. 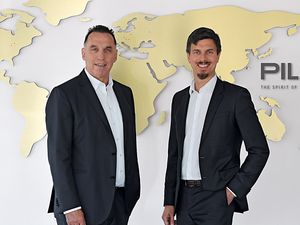 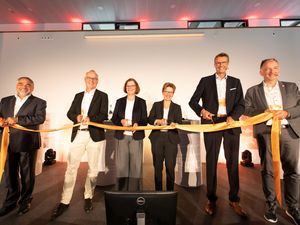 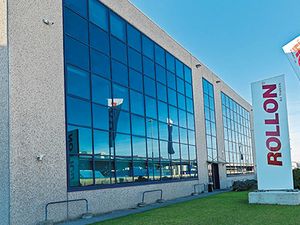 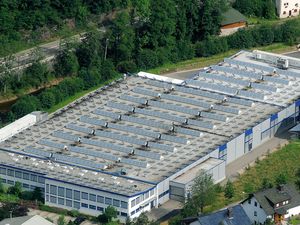 Kammerer Gewindetechnik GmbH, based in Hornberg, Germany, is expanding its photovoltaic system. 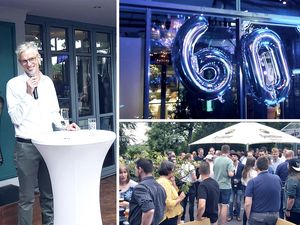 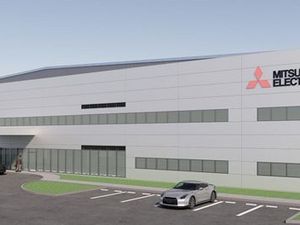 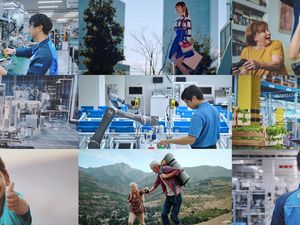 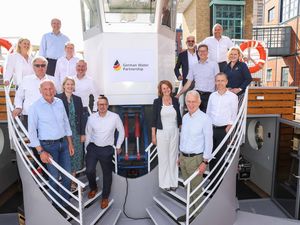 Mitsubishi Electric for 4 years member of the board of the German Water Partnership. 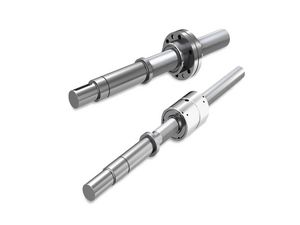 Schaeffler acquires the Ewellix Group as an attractive addition to the Industrial division's portfolio.