The key lies in the overall system 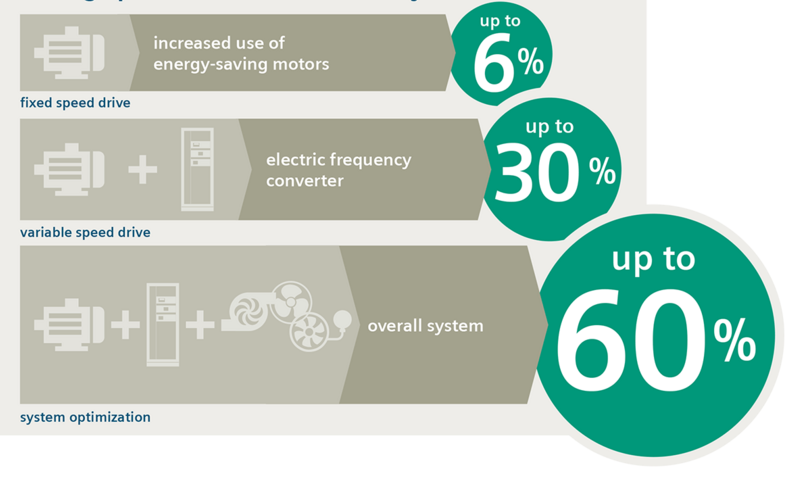 The real key to greater energy efficiency lies in the overall system: the interaction of all individual measures - from more efficient motors with variable-speed control, to digital system components and tools, to the use of electrically buffered energy in the motor network - can achieve savings of up to 60% in the system network.  It is precisely the consistent analysis of system data in a networked overall system that opens up opportunities to raise energy efficiency to a new level.

Technological developments promise further efficiency gains in all systems that comply with the new efficiency standards. While only marginal improvements can be expected from the future and more costly IE5 standard alone, the switch to variable-speed IE4 applications and thus "super premium efficiency" offers extremely efficient leverage for the overall optimization of existing systems for the foreseeable future. This is especially true with regard to digital system components: The development of the capabilities of analysis tools and self-learning industrial edge applications is far from complete, but has only just begun. With the data that modern motors and inverters already collect today, it will be possible in the future to realize even more significant increases in efficiency simply by further developing the corresponding software.

What are the success factors for the efficient powertrain?

Even simple electric motors achieve high efficiencies of more than 90% due to their design. A modern 200 kW AC asynchronous motor to the IE3 standard achieves an efficiency of around 96%. New motors such as the Simotics low-voltage motors that meet the IE4 "Super Premium Efficiency" standard reduce energy losses by a further 15% and achieve the highest system efficiencies even in part-load operation. 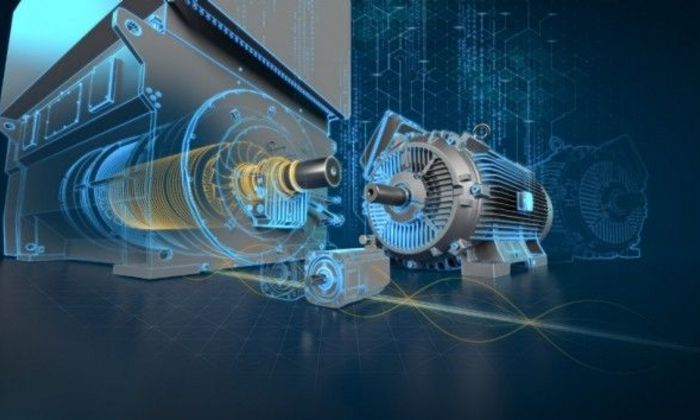 It is often more efficient to use more and smaller motors that are precisely optimized for their specific tasks than to use a larger motor to permanently maintain excess power. In order to ensure greater flexibility at the same time, converters are used that adjust the motor to suit each requirement so that the drive is operated in an energy-optimized manner even in partial load operation. 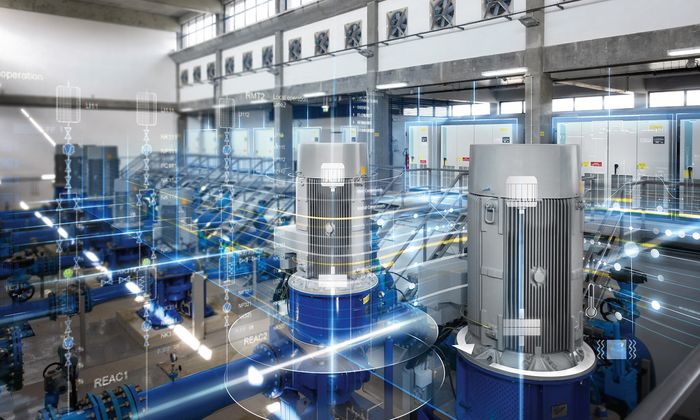 In the industrial environment in particular, solution approaches are needed that take into account the system with its interactions and synergy effects and align it optimally at all times. The basis for this is provided by intelligent sensors and analysis tools that monitor, harmonize and improve all processes - from control and automation to energy management and maintenance with predictive maintenance to digital planning and implementation processes with a digital twin - as part of a higher-level system approach.

ABOUT THE SYSTEM APPROACH 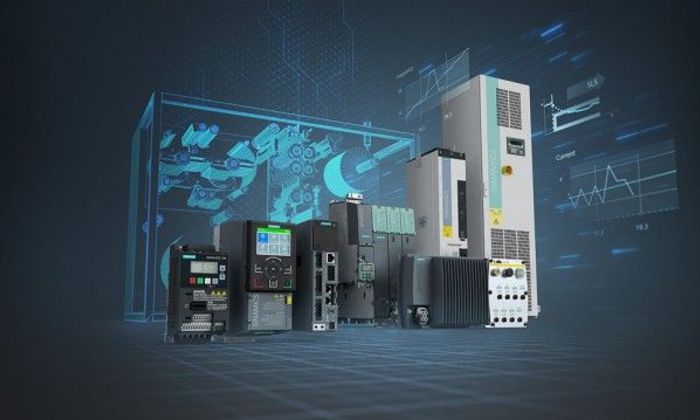 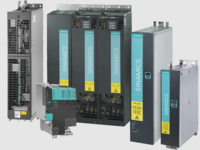 The Sinamics DCP 250 kW is now available. This means that a total of three Compact DC-DC converters are available for connecting batteries or ultracaps to an industrial drive system. 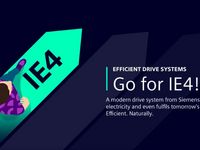 The time to invest in the future is now. New EU regulations require motors to meet efficiency class IE4. This is the perfect opportunity to get the best out of your drive systems with Siemens motors.

Use the power of digital twins for your drives 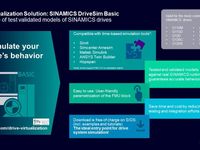 With efficient digital twins, you can not only significantly accelerate your development processes, but also simulate the energy efficiency of your drives right from the start.

How can the energy saving potential of motors be calculated? 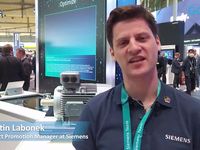 A customer wants to know how much energy he can save before investing. How can the potential be calculated with the help of Siemens? 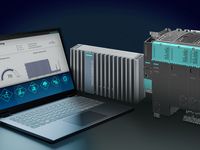 In the field of energy-efficient and sustainable drive technology, Siemens is bringing two innovations to the SPS trade fair in Nuremberg this year. 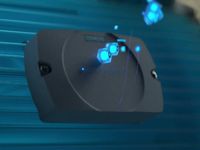 Interested in getting a quick and comprehensive overview on the condition and operational state of the low-voltage motors driving your applications?

How can help SIMOTICS CONNECT 400 and #SIDRIVEIQ Fleet from Siemens to use your motor data to boost efficiency – and to realize substantial energy savings.

Is the use of energy storage systems in electric motors really an alternative? 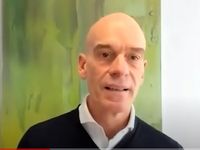 The use of energy storage systems in conjunction with electric motors could be an effective way of saving energy and handling it perfectly. Is this a really worthwhile alternative? Achim Peltz in interview with drivesweb.

Siemens low-voltage motors for harsh enviroments bring special energy-saving potential. Martin Labonek, Product Promotion Manager, explains in an interview what Siemens achieves with this and how.

Energy efficiency as a contributor to success? 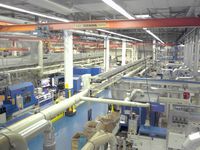 Optimizing energy use, reducing CO₂ emissions: With energy-efficient production, industry can contribute a great deal to a sustainable reduction in CO₂ emissions without limiting productivity – in…

Where does Siemens stand today in terms of energy-efficient motors? The aswer has Martin Labonek, Product Promotion Manager at Siemens.

In today's blog post, we present an application in which the new installation of the storage system at Erfeba Ingo Kneer GmbH in Ertingen is to feature increased energy efficiency in the future.

What are the challenges for sustainable and energy-efficient drive stystems that SIemens wants to solve togehter with its customers? The aswer has Martin Labonek, Product Promotion Manager at Siemens. 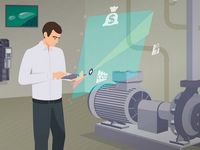 Based on the application, the SinaSave tool determines energy saving potentials and payback times so that users can make informed investment decisions.

How can energy efficiency be made affordable in the company? 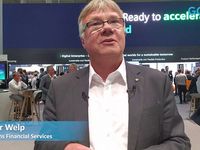 Energy efficiency is a current topic that many companies have to deal with - today and in the future. Does Siemens Financial Service already have concrete approaches to this?

Of course, individual measures on the electric motor do not produce the necessary effects to save as much energy as possible. An overall view of the processes is necessary. What does this look like in concrete terms in industry? 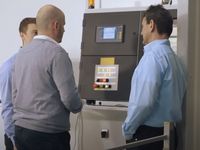 The new storage system at Erfeba Ingo Kneer GmbH is to have increased energy efficiency in the future. Another challenge was that the company's own transformer station should not be overly stressed by… 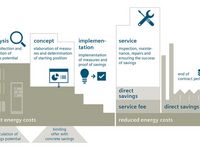 More competition, stricter environmental regulations and rising energy costs are influencing corporate success. But how can potential savings be identified?

This is how to save energy! 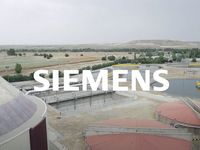 In today's blog post, we present an application in which a Spanish water management company can save more than 15 percent energy with the help of Siemens technology.

How can errors in drive technology be avoided during the planning phase?

How should a customer proceed today if he wants to use modern engine technology and eliminate errors as early as possible in the planning phase? Achim Peltz, CEO Business Unit Motion Control at Siemens, in interview with drivesweb.

Intelligent electric motors offer enormous potential for energy savings. Where does Siemens currently stand in the development of efficient system solutions? Achim Peltz in an interview with drivesweb.

Electric motors as a game changer for industry and climate protection 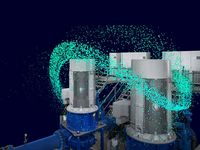 Electric motors play a central role in combating climate change. Huge savings potentials through efficient and intelligent system solutions are required. Read more about how this works in the white…